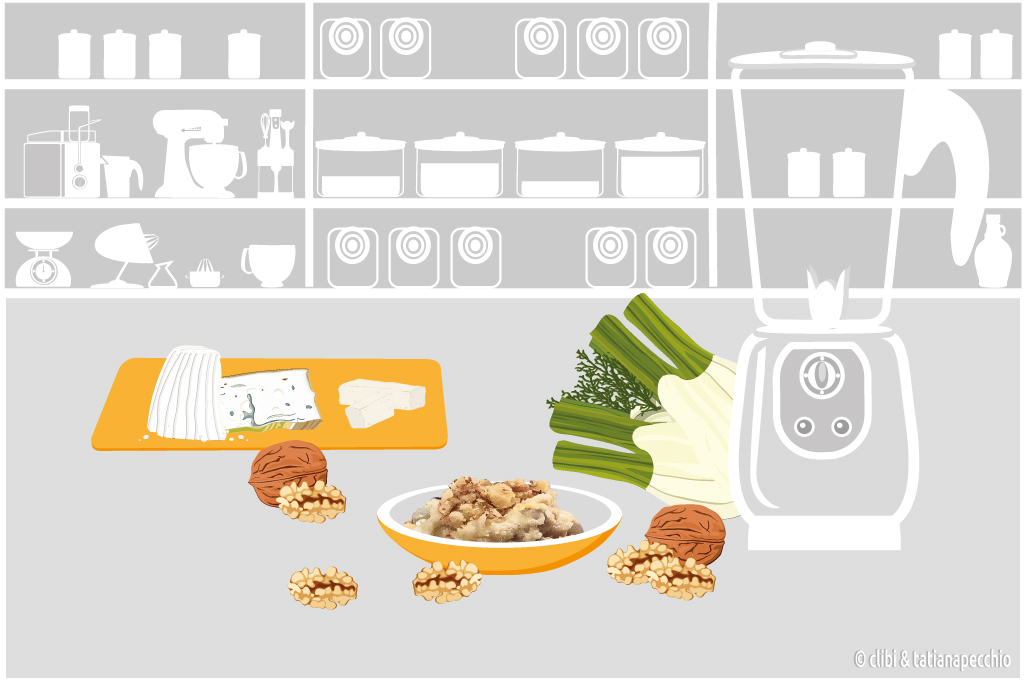 , to be made with the leftovers from our refrigerator such as soft cheese and fennel: recycling the residue of a centrifuge, ennobling only the most fibrous and green parts, but also using whole fennel without wasting..

In the green and external parts of the fennel, considered less noble, it is concentrated anethole a very studied active ingredient because it is considered effective for:
◊  controlling hunger would seem to have an effect similar to amphetamines
◊  reduce inflammation of the stomach and intestines and many disorders related to the irritable bowel.

I prepared the cream using the residual part of a fennel centrifuge, the weight of the fennel given in the recipe refers exactly to the fibrous part, deprived of the juice (liquid part). If you use a whole fennel or non-centrifuged parts of fennel that still contain the juice, keep in mind that the liquid part may soften the cream too much. After smoothing the fennel, add it gradually to the cheeses to obtain the creaminess you want.

The ingredients for the fennel cream are in these proportions:

How to prepare the fennel cream

In a mixer, mince the walnuts, we must chop them only roughly.

If you like fennel look also at these recipes:
◊  Tartlets with fennel nuts and cranberries
◊  Pudding of fennel lemon and licorice

Add the nuts that will give a crisp note to your smoothie mixture.

How to use fennel cream

Here are some ideas: